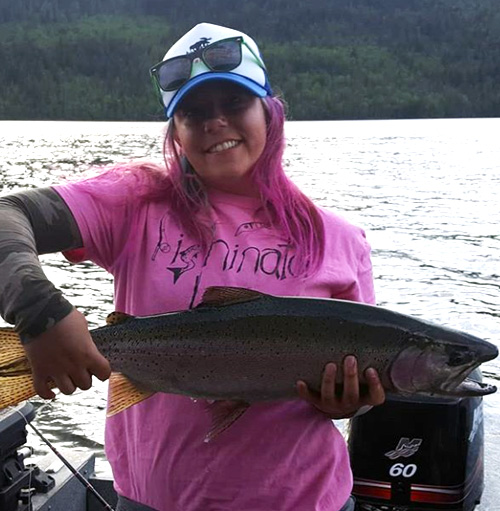 Beverly was riding along in fishing boats before she could walk, and began fishing as soon as she could hold a rod. She was born and raised in Vernon, British Columbia and grew up fishing the small mountain lakes for trout. Beverly spent her early teens belly-boating and fishing river systems for steelhead and salmon. Her growing passion for fishing then led her to the big lakes, targeting big rainbows, lakers and salmon.

Devin Jewell was born and raised in Salmon Arm, BC. As a true outdoorsman, he finds enjoyment in the pursuit of hunting and knowledge of the wildness.

He guides for northern big game species in British Columbia, the Yukon and the Northwest Territories with many years of professional experience. Devin is also the Owner and Outfitter for Pacific Bear Outfitters in British Columbia. As a member of the Wildlife Stewardship Council and a local CORE instructor, he is an advocate for promoting hunting, conservation and wilderness culture within our society. 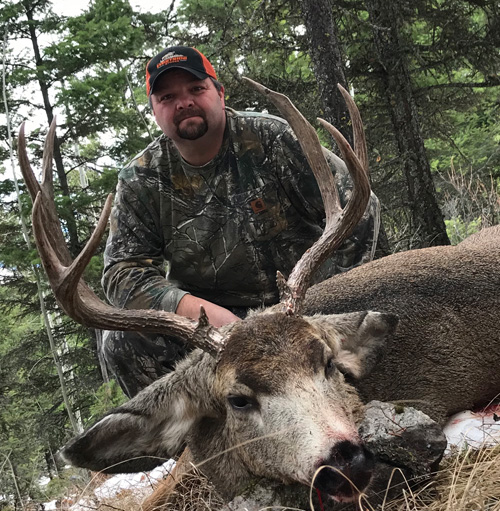 Mike grew up in the interior of British Columbia, Canada and started hunting and fishing at a very young age with his father and brother. Mike is very passionate about the outdoors and enjoys passing on the skills he has learned to his daughter’s. Mike has hunted all over British Columbia, Alberta, Saskatchewan and Manitoba. He has put in over 500 hours on the water and ice in 2018 and fishes everywhere from Vancouver Island, Shuswap lake, Okanagan lake and numerous small mountain lakes. Mike owns a white 21ft Thunder Jet named River Hawg. If you see Mike on the water don’t hesitate to say hi and ask what is the secret lure of the day? If Mike is not hunting or fishing, he is shooting archery 3D tournaments all over British Columbia. Mike has been a multiple BC archery champion in a few different classes. Mike would like to say “ respect our resources and make sure we all leave our kids and grand kids something better then we found it. Shoot Straight and Tight Lines.”